According to tradition, the name Valpolicella derives from the Latin Vallis polis cellae (meaning Valley of the many cellars), which proves that local vine cultivation and wine production go back a long way, well before Roman times.

The production area of Valpolicella PDO, protected to the north by the Lessini mountains, includes the foothills of the province of Verona and stretches from the Adige River valley on its western side to the volcanic lands of the Soave production area to the east. The Valpolicella area is mainly hilly with as many as 13 valleys, formed by waterways originating in the Lessini mountains, which run from north to south, with gentle slopes that reach down to low altitudes.

These conditions allow the vineyards, which are nearly always pergola trained, to be perfectly exposed, with constant wind coming down from the mountains, which cool the vineyards in summer, making Valpolicella renowned for its quality vine growing and wine production. 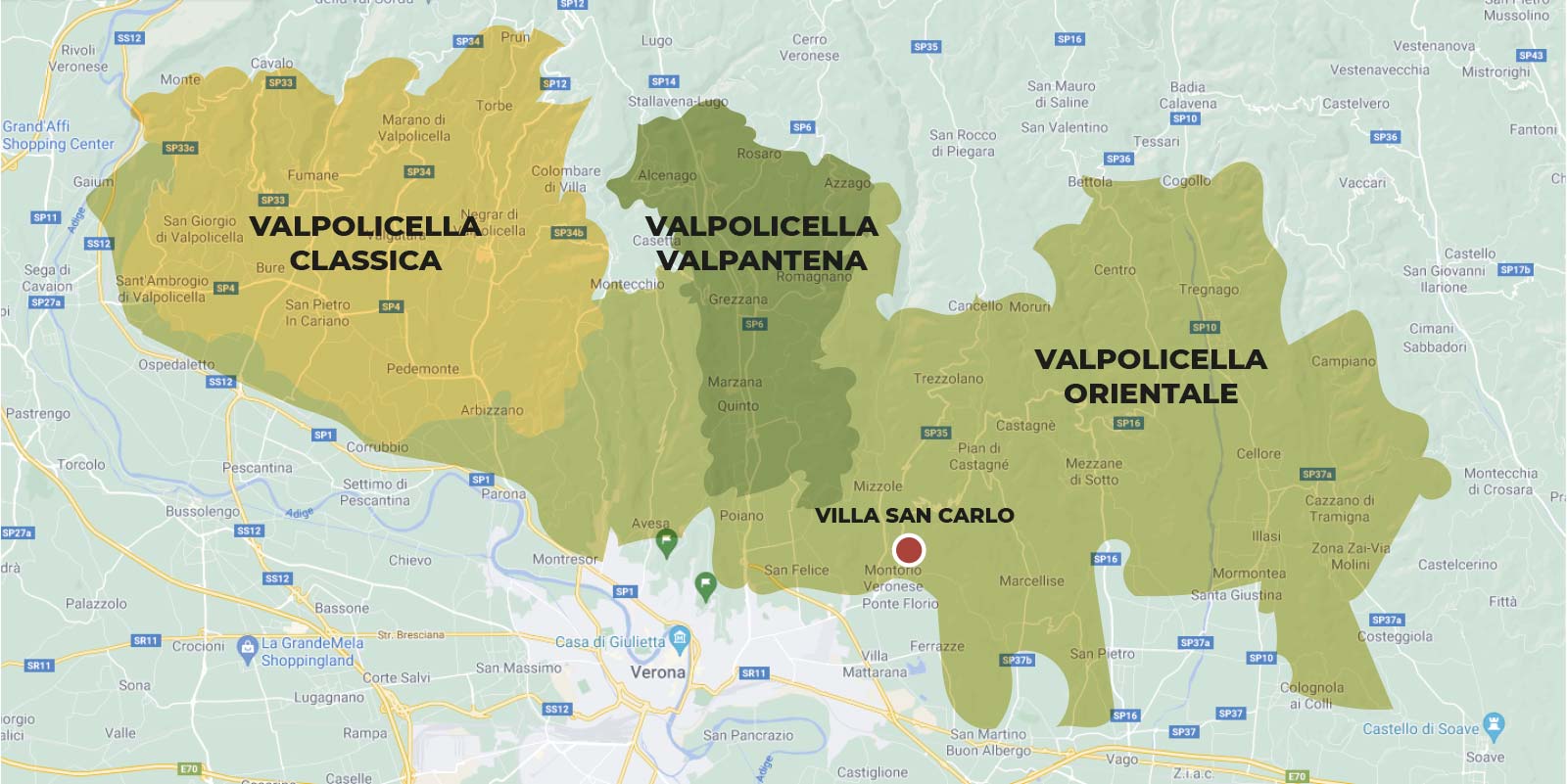 The production area of Valpolicella DOC and DOCG wines, one of the first protected designations of origin (PDO) to be granted in Italy in 1968, is divided into three distinct areas: the Classica area, the Valpantena area and the Valpolicella Orientale area.

Some of the most modern and state-of-the-art wineries are located in the Valpolicella Orientale area, including our own Villa San Carlo: from the hills of Montorio Veronese, we can look out across the Squaranto Valley, with stunning views all the way to Verona.

The name of the Amarone della Valpolicella wine derives from the word “amaro”, in the sense of “dry”. This name was chosen to distinguish it from the sweet wine Recioto della Valpolicella from which it originated, albeit unintentionally.
A traditional wine typical of the Valpolicella area, Amarone wine is produced according to strict specifications that define its production requirements and protect its quality. Only certain grapes can be used to produce it, namely Corvina, Corvinone and Rondinella, but other non-aromatic red grapes may also be added when making this wine. 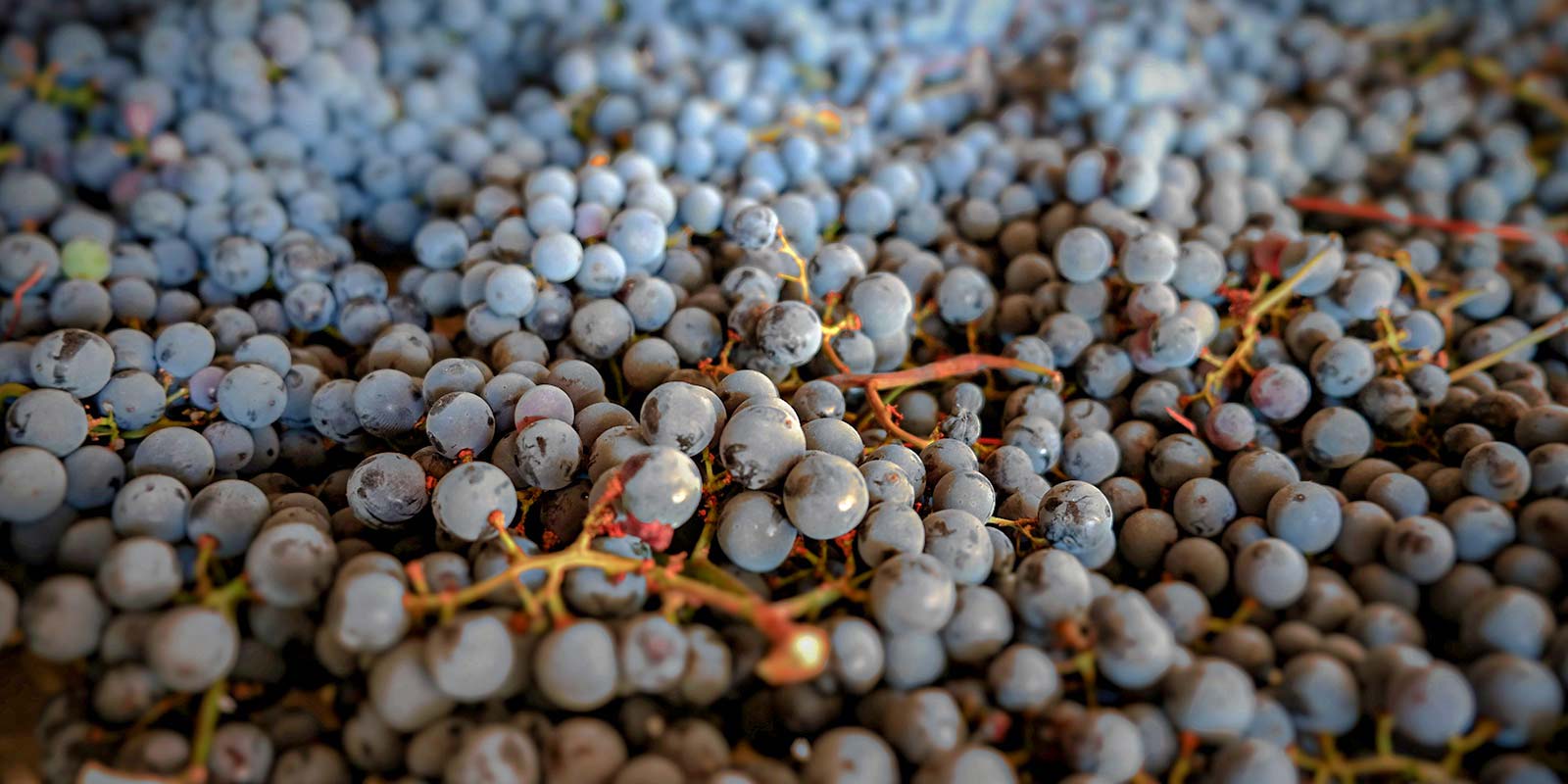 These two phases are what make Amarone della Valpolicella truly special. After being harvested, the healthy and ripe grapes are left to dry for a few months (about 120 days) in a special drying room called “fruttaio”. The bunches of grapes are placed in large crates to ensure sufficient ventilation and to avoid moisture build-up.

In winter, fermentation begins: the yeasts start doing their job, which is to transform the sugars into alcohol and aromatic components. It is a very slow fermentation process due to the huge amount of sugar present. Yet it is precisely this slowness that brings out the distinctive features of Amarone wine: organoleptic complexity, structure, body and elegance.